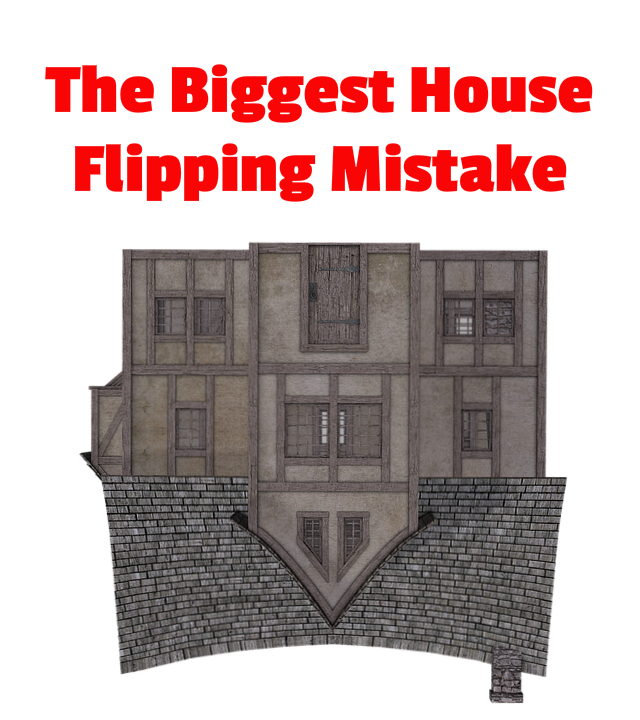 I talk to people every day, all over North America, in Canada, the United States, and sometimes even over the pond in England, or even in countries like South Africa, who want to flip houses, and they want to avoid the biggest house flipping mistake. Here’s the thing, guys. There is one mistake in house flipping that you cannot make. There is one thing you have to avoid. Believe me, when you start flipping houses, there’s going to be lots of mistakes and lots of problems. Real estate is the human nature business, and in human nature, people are always doing things they’re not supposed to do. That’s part of the game.

Most things you can recover from. By the way, usually flipping a house, you can probably make about seven mistakes before your deal starts becoming unprofitable. It’s kind of like my dad says with flying planes. My dad’s a pilot, and he says, “A pilot can make up to seven compounded mistakes before the plane crashes. If you make any number of mistakes, you can recover.” Here’s one mistake that you cannot make, ever. There’s one number in house flipping that’s more important than anything else, and that one number is this number. ARV. After repair value. You need to know how to value properties like an appraiser.

At the end of the day, no matter what market you’re in, whether you’re in Canada, or America, or Texas, or Vancouver, or Toronto, any market that you’re in, you need to understand how to value property like an appraiser, and pull a accurate ARV. Let’s do an example of a house where the ARV we think is $200,000. We think the home is going to be worth $200,000 when we’re done. We’re going to buy it as $0.50 on the dollar, for 100 grand, which believe me, guys, this is not too difficult to do. There are many screwed up homes in many screwed up town all across Canada and the United States. We’re going to fix it. Let’s say we spend a $40,000 budget. The cost to sell is going to be $20,000, so in theory, we should have a profit here of 40 grand. $40,000 profit. That’s our profit.

Things look really, really good in this deal, and maybe we’re happy. Here’s the issue. What happens if we buy this house, and the house is actually worth $165,000? Because we did our math wrong, maybe we used some old comparables, or the wrong comparables, this ARV of $200,000 is not relevant anymore. We still bought the property. I’m going to do another qualm. We still bought it for 100k. We still fixed it for 40k, and the cost of the transaction, let’s say it still costs us roughly $17,000. I’m just going to take 10%. $17,000 to do the deal. What are we in this deal for now? Our profit is now $8,000. All we had to do was get one number wrong in the whole equation, and sudden we lost 32,000 bucks.

Here’s insult to injury. If we did this deal like this, and we got our ARV wrong, and we listed it at $200,000, and it was only worth 165, we’re going to have to wait on the market. Now you’re carrying it, so this number because magnified. Let’s say we have to carry it for a month. Most properties cost around $1,000 a month to carry. Let’s say we carry it for a year, in addition to our six months, and we own it all in cash. You’re losing $17,000 because we just did one month of carrying it $1,000 per month times 12 extra months. You lost $17,000 on your deal, and this is all because one little number called ARV, the most important number in flipping houses, is wrong, and if you want to be successful at real estate, guys, flipping real estate especially, this number needs to be right. 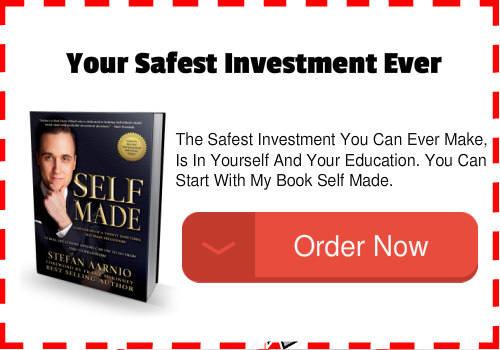 Things can change in the market. Sometimes you can do a flip. Maybe the market goes down. Maybe the market changes. You just need to avoid this kind of situation. How do you avoid that? Couple things. If you’re wrong, discount quickly. Discount quickly. Get out. You’re better off to fail fast and fail cheap than you are to fail slow and fail expensive. If you do get something wrong on your flips, guys, just bite the bullet and go ahead and get that property sold at a discount, provided you don’t lose too much money. Another thing that people might do is they might … If the market’s going down, the might refinance and hold if the cash flow makes sense, and if financing is available, and if that entire idea makes sense.

I do not like to refi and hold. I would rather just lose a little bit of money than refi and hold a lot of the time, because this strategy will keep your capital moving. When you do this, you might end up with properties you never should own, and now your problem might just get deferred, and it might get worse over time. Sometimes, it’s better to lose $2,000 than it is to refi and hold, because there’s no guarantee that a refi hold will be profitable. You might end up losing if you do this. You might end up losing 30 grand if you do this wrong. It’s something you have to make an executive decision on if you get your ARV wrong. This is the one thing that you cannot recover from when flipping houses, and it is the biggest house flipping mistake.

I’m Stefan Aarnio. Respect the grind. Like, share, and comment, and make sure you get a copy of my book, Self-Made, from selfmadeconfessions.com. It shows you a lot of my story and how I’ve done a lot of this right, and even some mistakes I made along the way.