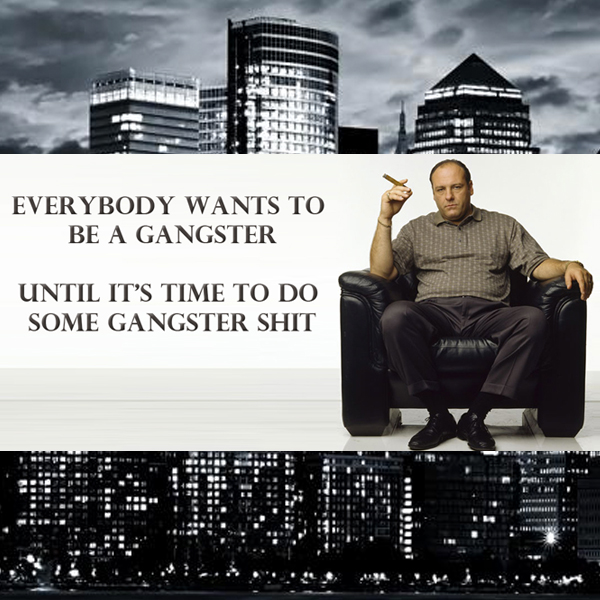 We were told from a young age that we would all become Rockstars, movie stars, TV stars, sports stars and that we were special.

Even when we lost soccer games, we still got trophies. Everybody got a trophy.

My dream when I was 16 was to be a Rockstar.

I wanted to feel the lights shining on me, and be worshipped by scores of adoring fans.

Plus, becoming a Rockstar seemed like the only way to become rich and famous.

I went to music school, made a rock band, played some shows, then dropped out of school and dissolved the band.

Some people say rock’n’roll is dead, it died long before I even got in the game…

But where do all the kids go? Where did all of the hero worship go?

A decade ago I wanted to be a Rockstar, and now I’m a serial entrepreneur, the “Rockstar” of the 21st century.

All the little boys that wanted to be in the NHL when they were younger now want to be real estate investors, house flippers, entrepreneurs, internet marketers, or some kind of 4-hour workweek Rockstar who gets to hang out on beaches and take pictures of their life with a Lamborghinis.

These millennial little boys are all grown up now and want to become the 4-hour-work-week Tim Ferris, Tai Lopez, Grant Cardone, Gary Vee internet Rockstars and they want the same fame and fortune that they have always wanted.

These internet marketers are the internet gangsters running the online info and marketing industries that are the “cool” businesses of today. You can make “Millions” and live on the beach… (or so it appears)

Gangsters have traditionally run all of the illegal businesses that the government would not want to run on their own: bootlegging, drug trafficking, prostitution, assassinations, robberies etc. Governments have known about gangsters for centuries and keep them alive to do the dirty work that the government can’t officially do.

A real gangster has a real business. And everybody wants to be a gangster until it’s time to do some gangster shit.

The problem with everybody wanting to be a gangster is that talk is cheap and it takes money to buy the whiskey.

I run a real estate club of aspiring real estate investors, house flippers and other people who want to make $30,000 per deal and live the entrepreneurial dream that so few get to enjoy.

One or two deals a year, and you don’t need a traditional job anymore. The average income in my city of Winnipeg is $35,000 a year, one deal and you can replace the average annual income!

This last week we had two discounted real estate deals ready to be purchased by anyone in the club at roughly 50 cents on the dollar… 50% of what you could sell the house for full retail!

They come out, they look at the deals, they fantasize, they go home, go to bed and think about all the money they could make.

The puppies run home with their tails between their legs…

2.
AUSTRALIAN/NZ
a person who withdraws from a commitment.

People who withdraw from agreements. As soon as it’s time to make it REAL, people quit.

Grinders grind no matter what, Pikers back out.

Amateurs do it for the money

Professionals do it for the game

The money will never motivate you to get off the couch and cross the finish line.

The money will never push you to be great or run the extra mile.

The money will not tuck you into bed at night and tell you it loves you.

The money is a result of a job well done and it’s reserved for those who can take a project “all the way”.

When I started I was a money hungry kid, disillusioned with the traditional system of “go to school and get a good job”. The system had failed me and I was money hungry… I would do anything for money, I did some crazy things for money in the beginning.

But today I’m a professional and I do it for the game. The thrill.

I don’t need to do the deals, but I enjoy doing the deals.

I’m in love with the game, and will never quit.

I closed on both the deals that the pikers couldn’t close.

Everybody wants to be a gangster…

Until it’s time to do some gangster shit…