Nobody wants to learn the basics, but everyone needs to know the fundamentals. 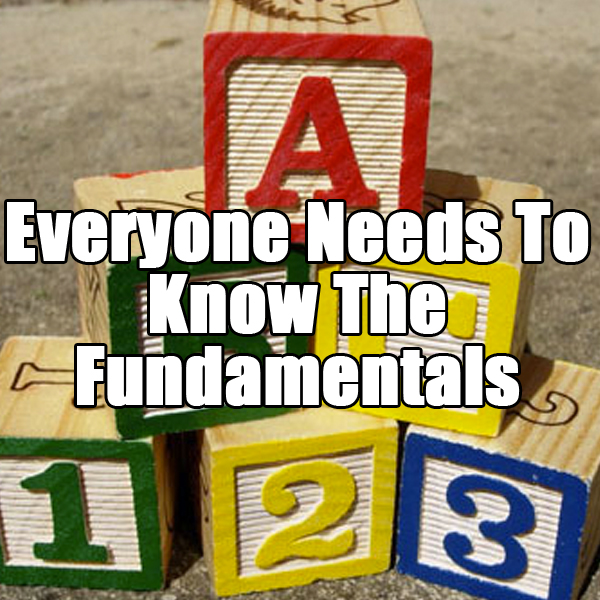 Success in business and in life is nothing more than strong fundamentals practiced over and over again.

Today I had some students in my office who flew into town for a one-on-one day of real estate investor coaching.

These students were behind schedule and were supposed to be doing a deal a month, but had only done two deals and were months behind on schedule.

“have you been writing 10 offers per week?” my team asked, they replied “no.”

“have you been marketing for off market deals?” my team asked, they replied “no.”

“have you been making 50 calls a week to deal sources?” my team asked, they replied “no.”

The teams that do the best in basketball are not made up of superstars, instead they are teams that pass well, play strong defense, shoot free throws consistently and score with layups – the fundamentals.

These students were not winning at real estate, because the fundamentals were not being practiced.

The fundamentals of buying real estate at 40-60 cents on the dollar are: Making offers, making calls, and marketing for “off market” opportunities. The same fundamentals that apply to winning business in ANY niche or market.

I have a sales team that functions much like a basketball team.

I used to try to find “superstars” to put on the team, but a team of superstars is usually a bad combination.

You can’t rely on unicorns, but you can train a regular horse to be a great horse. If you rely on your unicorns, you may have a problem when you need to replace one of them. Unicorns are hard to find and Unicorns are expensive to train.

A superstar team is a bad combination because there are too many egos, no one passes the ball, no one helps anyone out, it’s a team of ball-hogs trying to win the MVP (most valuable player)… Everyone says “look at me!” and tries to shoot a half-court shot.

Half court shots never make it in the net, instead lay ups and free-throws win.

You win the championship one point at a time.

So instead of taking my superstars on the road to sell, I brought out a team of non-sales people: Young good looking kids with enthusiasm.

I taught them to “pass the ball” and “shoot a free-throw” and a “lay-up”. Fundamental basketball, nothing fancy.

The kids learned how to sell with: a simple script to follow, 7 lines total with a cheat sheet.

They also learned 4 major objections and finally, if they got stuck, they had to “pass” the customer to the next team member.

With these 7 lines of script, 4 objection rebuttals and a strong “passing” mentality, the team won over and over again and outperformed the “superstar” salespeople who were much better at selling.

These kids could barely handle an objection, but if they got stuck, they rotated.

Where the superstars would pressure sell and try to close every deal, these kids just passed the ball… And passing the ball wins the game over and over again.

I also switched the team to a “team” commission so my players all got rewarded equally no matter who scored a sale. My superstar team rewarded individuals despite of the team and this resulted in salespeople hogging leads and becoming paranoid about other agents closing their business. The salespeople would rather lose a lead and a sale forever than give a lead to another team member. No one was passing the ball!

My non sales team won with strong fundamentals: 7 lines, 4 rebuttals, pass the ball… a team of young enthusiastic good looking players who won over and over again.

The “superstars” don’t come on the road anymore, because I would rather have a team of “passers” who pass the ball, shoot a free-throw or a layup and win every game instead of relying on raw talent, luck, or a fancy long shot.

The strong fundamentals have become a system, and anyone can play inside of the system.

Success is the repetition of strong fundamentals and anyone can win if they practice right.