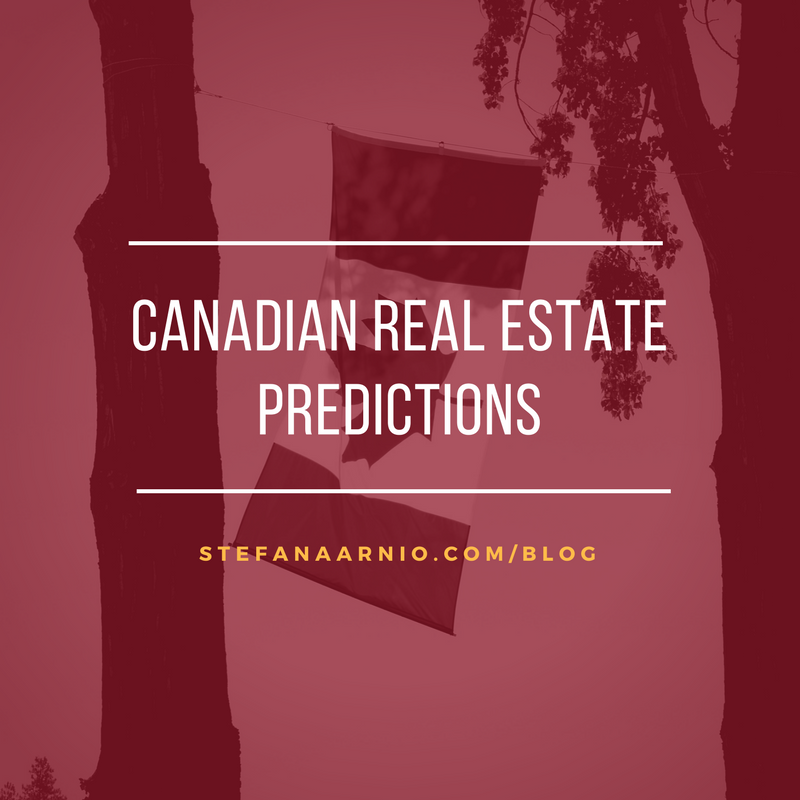 What will happen to Canadian Real Estate in 2017 and beyond?

Here are some predictions based on the global factors that affect all real estate markets across the country:

#1 The Canadian Banking System: Right now interest rates for borrowing in Canada are at record lows, recently the interest rates have crept up a little bit, but not significantly. My prediction for the immediate future is that rates will not go up very much or may go back down. The X factor in the interest rate discussion is: could a sudden event trigger a 7%, 12% or 20% interest rate spike that would sink most borrowers? It’s happened before, and it could happen again.

#2 CMHC – CMHC has increased it’s insurance rates to 4% essentially robbing a first time home buyer of his entire 5% deposit leaving him with no equity after lawyer fees. This is a move to “cool off” a hot real estate market by the government and I’m not sure they can increase it any further in the near future. It’s already hard enough for a first time home buyer to buy a home in Canada and I think that CMHC will keep it’s rates the same for the near future.

#3 Foreign investors – Some cities like Vancouver have tried to tax foreign investors to cool off their overheating market and it backfired. I predict that foreign investors will continue to invest in Canada because we are a safe haven relative to other countries and generally the government welcomes rich investors with open arms (as do most governments). I don’t think we will see any more penalties on foreign buyers, and if we do they will be mild, not like the 15% tax that Vancouver tried to impose which dropped city prices by 15% overnight.

#4 Oil – Oil is down in Canada which leaves Alberta depressed relative to other cities. At the time of writing oil is under $50 a barrel and I think oil will go up a little bit over the future, but not much. It could spike up if a world event happens, but I think it will just creep into the $60’s leaving Alberta’s oil economy generally unable to operate. Alberta needs $80 a barrel to extract from the oil sands.

#5 US Dollar- The US dollar has been strong relative to the Canadian dollar in 2017, but right now at the time of writing $1 USD is roughly $1.20 Canadian. The parity gap is closing and I think it will continue to close over time as oil increases slowly over time and the US sees more international volatility (Trump tweeting nuclear threats).

#7 Immigration/ Birth Rates – Immigration in Canada is a staple to subsidize our 1.2 children per couple birth rate. Canada’s population is in decline as you need 2.1 to 2.2 children per family to maintain a society so we will likely keep importing immigrants to subsidize. Immigrants will keep the demand high for real estate.

In conclusion, I would say that Canada is not a green light for investing right now and not a red light, but a yellow light “proceed with caution”. There is opportunity in Canada, but things could change quickly with the USA and international volatility.

If you are going to invest, make sure you do your homework.