How To Invest In Apartment Buildings 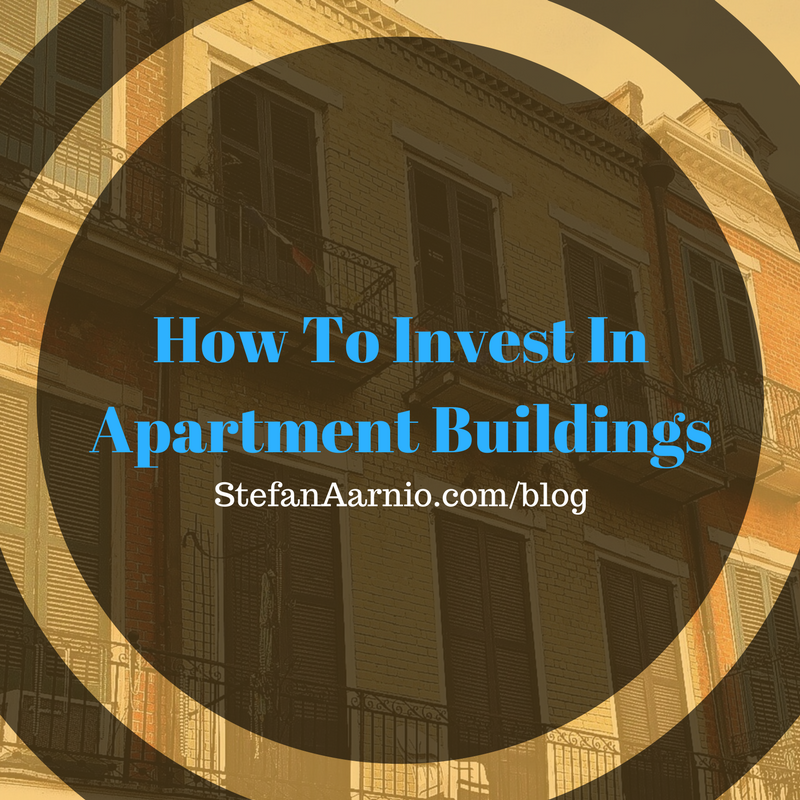 I get people who have an endless debate with themselves and with other investors, and they say, “I want to do buy and hold real estate. I want to be somebody who’s building wealth.” I think there’s two things that people do with real estate. One is you’re either going to be building cash, through flipping, wholesaling, lease options, which you need. Or the other thing you’re doing is you’re building wealth, and wealth is cash flow. Wealth is long-term game. It’s a long-term thing that your kids are going to inherit, and when you’re an old man, old woman, you know you’re going to have a nice retirement, if retirement’s for you. I’ll probably decide to keep working forever because I love working.

But here’s the thing. When you look at wealth, one of the best assets that you can have is apartment buildings, and residential, B Class apartment buildings, as a fact, are one of the safest real estate investments that anybody can make, and the reason why is this: vacancies on most apartments in most cities are very low. I was watching another video by another expert and he was talking about how, right now, the prices are rising on apartments, the prices are rising on rents, and you can’t even build apartment buildings for the prices that they’re selling for. If you can get something for less than it cost to build, you’re into a good deal. That’s where things start to make sense.

And, the other thing that’s great about apartments is they have a good scale. If you can get 50 units plus, you got a great scale. You can afford to pay management. You can afford to not go and have to fix the toilets and fix the taps and things like that. If you’re a landlord, like a small landlord with onesies and twosies, like single family homes and duplexes, you have to go manage the properties yourself, and that’s a job. I don’t know about you, but I didn’t get into real estate to have a job. I got into real estate for freedom, so it doesn’t really make sense for me to have a bunch of onesies and twosies.

What I recommend to people, if you want to be in apartments, is you do buy and sell strategies, so wholesaling, flipping, rent to own, whatever strategy, buy and sell at the beginning, save up a hundred grand and then go into something bigger: apartments, commercial, businesses, storage facilities, parking lots, whatever it is. When you get into the bigger stuff, that’s where you’re preserving that hundred grand. You’re preserving that wealth.

I was just reading about a guy, his name’s Nate Paul, down in Texas. He’s a young guy. He’s like 30 years old, self-made billionaire in real estate, which is unheard of. He started at 20; at 30 he’s a self-made billionaire. Now, his play was he went out, wholesaled an apartment block, made 500 grand wholesaling an apartment block, and then he took that 500 grand and he started a fund, and he grew a huge fund out of commercial real estate. Inside of that story is a real nugget of knowledge. It’s like Monopoly. Four green houses, one red hotel. Four green houses, one red hotel. You want to be doing small deals until you get to a hundred grand, then take the hundred grand and get something bigger.

And you know, with the bigger stuff, what’s great about it is because you can afford management, you don’t have to invest in your own back yard. You can invest in another city. A lot of Canadians go down to America because it’s cheaper in America. Here I am in Winnipeg right now, 10, 15 years ago they were giving away apartment blocks for free. Now the apartment blocks here are trading for a hundred to 200 grand a door, so some people got really rich in the last 15 years.

So, the moral of the story is this. Apartment blocks are the basis of wealth. They’re beautiful things to own. If you get one, you probably never sell it unless you’re dying. That’s one of the best places to get apartment blocks is 70, 80 year old guys who are retiring, getting out of the business. That’s a great place to get your apartment block. They’re something that are hard to buy. They’re hard to find. You probably get them privately, and you need to have some cash to buy them, but I think that apartment blocks, between flipping houses and apartment blocks, I think if you just did those two things you’d become a very rich person over time.

See how I got started with none of my own money at https://stefanaarnio.com/book