The Power of the Underdog: How One Amateur Can Beat A Group of Professionals 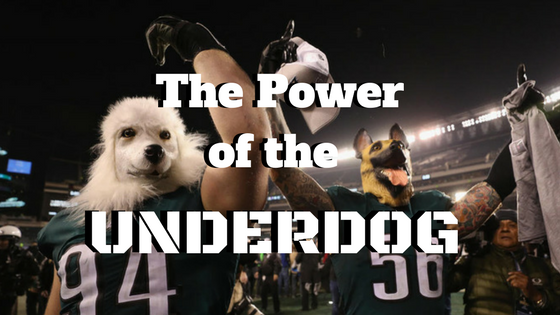 They say that a group of professionals built the Titanic while one amateur built the Ark.

One focused mind, one individual mind will often beat a committee. Such is the power of the artist.

A committee or team of artists cannot paint one painting better than Vincent Van Gogh, art is about style, it’s about taste, you pay an artist for his taste. When you ask for a committee of people to agree on taste, the results are tasteless.

When you think you need a group of professionals to do something, or form a committee or group, ask yourself, can one amateur do the job?

Sure, there are times when you need a professional, a team of professionals, but the counter argument is most times, one good amateur, one focused amateur, one passionate amateur can often produce the best work.

Look at Susan Boyle, the old woman who wowed the world with her rendition of “I dreamed a dream”, she was an instant success, one focused amateur can beat huge teams of professionals.

Years ago when Blackberry was starting to fail with its smart phones in the race against apple, I used to wonder why Blackberry was sitting on over $1 billion dollars in cash and making zero moves.

The committee had taken over blackberry, they were trying to find the right move and they couldn’t. Blackberry is irrelevant today and was once a major player in the smartphone space, now they are gone.

All that blackberry had to do was take one 16-year-old girl and ask her what she liked most about her phone and what she wanted.

With my own company, I flip and remodel homes, one 21-year-old girl with good taste can instantly tell me what is right or wrong about my design.

I was having trouble with hiring a new interior designer for my company, I called a great firm 3 times in one week, left voicemails, sent emails, they never got back to me. One week later they reached out but it was too late.

Myself, a passionate amateur and one 19-year-old girl with good taste, got together on a Sunday and put together all of the designs for the next 5 years in my real estate company.

Two passionate, focused amateurs over 8 hours got it done and the results look great. The cost was low (we had lunch and cold pressed juice delivered), but I needed the designs done and she wanted the experience.

Steve Jobs one of the greatest entrepreneurs of all time was a passionate and focused amateur. He couldn’t code, was an aficionado of design and art, but he was focused and passionate and had great taste. Apple could create great products and experiences from that one passionate amateur, other companies like dell and Microsoft had their products produced by committees and the results were always less memorable.

In the movie Star Wars, just remember that the rebels, a group of teenage amateurs blew up the death star and stuck it to the empire.

In the Hunger Games, a group of teenage amateurs toppled the empire as well.

Rome, the greatest human empire in history was toppled by a group of Germanic barbarians.

One amateur with passion and focus can often beat a team of professionals.

This is the power of the underdog.