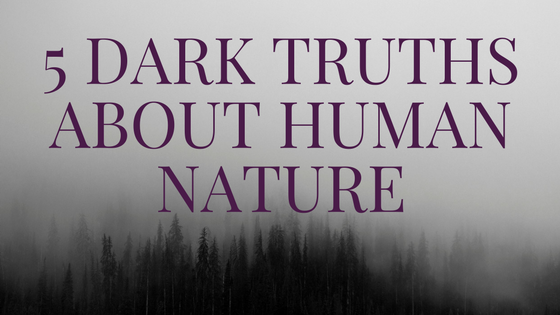 All great leaders in history have understood one thing very well – human nature.

They say that business is easy, except for the people part of it.

If you look at the skyline of your city and notice the biggest tallest buildings, they are usually owned by the banks or the government, and nearby there are towers filled with lawyers and law firms.

Entire towers of lawyers enforcing agreements and broken agreements by human beings. If humanity kept its word and operated out of integrity all the time, there would be no towers filled with lawyers downtown.

When you step out of the safety of a safe secure job into the world of entrepreneurship or real estate investing you become exposed to the darkness that is human nature.

Here are 5 dark truths of human nature that drive people naturally into poverty and away from prosperity:

But is humanity all darkness?

The answer is no, there are many good parts to humanity as well. We do have a good side. The danger though lies in being too idealistic and seeing the world through rose colored glasses. To be an effective leader is to be grounded in reality, not pessimistic, but not optimistic, instead realistic with the limitations of what people are.

All great achievements in history have always defied the darkness of human nature, that is what makes those achievements great. In Napoleon Hill’s book Think and Grow Rich, the entire text is a manual on how to defy your own human nature and achieve great things in life as well as commanding great riches along the way.

To live naturally with the low vibration of human nature is to live a life of poverty, to live in a higher vibrational state of thinking and reason is what lifts mankind up to the light, becoming a creator, a genius and one of the gods.

Although man is an animal, and has an animalistic side to him, he is the only animal on the planet that has a thinking brain; a neocortex or a brain that can create. You choose how to live your life. Will you choose to let your animal instincts and human nature take over to conserve energy and produce nothing? Or will you defy human nature, use your energy towards creative means and live the life as man was destined – to produce more than he consumes. We are the only animal on the planet who can produce more than we consume and that is the gift of being human.

You decide how to live; the choice is up to you.