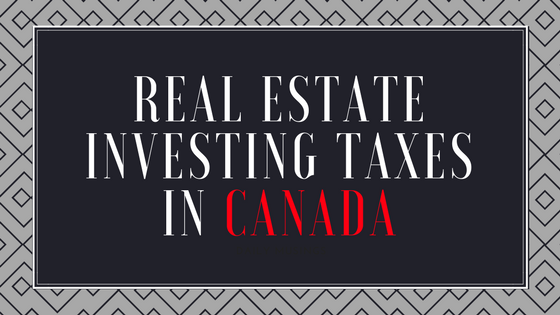 Stefan Aarnio: Hey guys, Stefan Aarnio here. This video is all about flipping houses and taxes in Canada. Flipping houses and taxes in Canada, now, if you’re somebody who lives in Canada like me, I live in Winnipeg, Manitoba, you see it in the news, you see it in the media, in Toronto and in Vancouver, all across the country – the government’s trying to crack down on house flippers. They’re trying to stop people from shadow flipping, from wholesaling. There’s always people trying to tax people who are making money in real estate and the government’s a really funny animal because they want you to pay taxes but they don’t want you making too much money and that’s just how the government works. Pay tax but we don’t want you making money. Okay, government.

Here’s how flipping houses and taxes in Canada. Now, quick disclaimer. I am not an accountant. I actually dropped out of accounting in business school. I’m a business school drop out but I’ve written three books on real estate, flipped hundreds of homes, I have a house flipping company, I know all about the flipping houses and taxes in Canada. So, probably a little bit qualified to talk about this.

Now, there’s two ways that you are going to make money in real estate in Canada. One is, you can make the money personally. Now, I’m gonna write over here if you’re flipping houses personally, I’m gonna write this right here – not recommended. Now, this is in red. Red means don’t do it. Not recommended. If you’re flipping houses personally, you’re going to pay very high taxes. Now, in Canada we have some of the highest personal tax rates in the world. It’s crazy. We pay horrendous amounts of tax on the personal side.

Now, on this side. This is the corporate side. Now, what I do and what I recommend – I’m gonna draw it over here in green so you can see. Green means go. Recommended. What I recommend you do if you’re flipping houses in Canada, if you’re doing a couple deals a year, you can go get a corporation and you can make this deal active business income. Now, active business income, because it’s an active business, is taxed at about 11 percent. So, if you take that same 100 grand, let’s say you make 100 grand flipping houses, you now have 11,000 due in taxes, which is much less.

So, all the deals that I do, the wholesaling, which is flipping contracts, the flipping of houses, which is buy and fixing and selling homes – I do it all over here corporately. We pay a very low rate of tax and here’s the other great thing – when you have a corporation, you get deductions because you have an active business, you now have active deductions. Now, you can take a whole bunch of things that go into flipping houses – maybe you have some automobile expenses, maybe you have an office expense, maybe you have marketing expenses, maybe you had to have an annual meeting somewhere in Mexico, you have a whole bunch of deductions happening here – you can bring this down even lower if you use things properly.

Now, here’s the thing, you need to get advice from a real accountant. That’s what you need to get. I am not an accountant, I’m just giving you the general overview, the general idea. This is the personal side, this is the corporate side. I think if you’re doing business in Canada, you need to be making money on the corporate side because you pay a lot less in tax. Now, I’m Stefan Aarnio, that’s flipping houses and taxes in Canada. This is the general idea. This is how you wanna make money and remember, if you’re somebody who’s taking advantage of the corporate system, this is how the rich avoid paying taxes. They don’t evade taxes, they avoid paying taxes and keep the money in their pockets. So, you can do it here like average Joe and pay too much or you can come over here and pay a fair price for your taxes. I’m Stefan Aarnio, respect the grind. Like, share, comment, subscribe to my channel. I’ll see you on the next video.