How You Could Come Up With The Next Big Invention 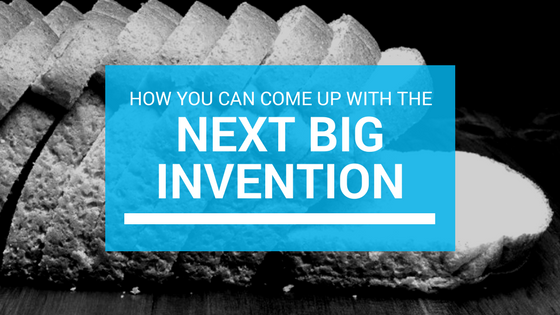 How are the greatest inventions known to man created?

The answer is simple: the inventions were necessary and so they were created.

Colonel Sanders, the founder of KFC had to cook for his brother’s and sisters so he invented his famous chicken recipe.

Donna Karen of DKNY was so poor she had to make clothes for her husband and her baby, and thus a fashion giant was born.

JK Rowling, the author of Harry Potter, was on welfare and a single mom. To her “rock bottom became the solid foundation on which I built my life”.

Wherever you see a great invention or great achievement you can usually look no further and find a great need for such achievement. Achievement wasn’t an option, it was necessary for survival.

When Julius Caesar landed in Briton to conquer the British tribes he burned the boats so his soldiers would be victorious or dead. Hernan Cortez did the same when he conquered the new world.

For myself in Real Estate, I succeeded with starting with only $1200 of cash and some seminar knowledge where 99% of people give up because I had no other options. It was either work for minimum wage at a job I hated or “get rich or die tryin’” in real estate.

Some people struggle to write their first book, they struggle to find the inspiration. For myself, I desperately needed to raise $5,000,000 of capital and writing a book seemed like the best way to do it.

This is the law of nature. When a mother bird hatches a group of baby birds, at some point she throws the babies out of the nest to see who can fly and who cannot.

Some birds fly and live, other fall and break their necks.

I remember being a little boy at the lake and looking down at a dead baby bird who fell out of the nest and couldn’t fly. The bird lay twisted and lay grimly at the bottom of a tree and I just looked at the baby and thought “how cruel?”

In nature you either figure it out and live or you end up like the baby bird, broken on the ground.

The good news is, in real life we are so far removed from the actual physical threats of survival it’s nearly impossible to physically die. You may suffer economic hardship, you may lose money, you may lose friends, people may criticize you and all of this may feel like an emotional death, but in the end, as long as you keep trying you will eventually succeed.

We often fear putting ourselves in a “live or die” situation, but ironically, looking back in life, my happiest moments were living on the edge of survival. In contrast, my least happy moments were where the frontier of survival was so far away I was numb to the consequences of my choices.

There currently is no money in cleaning the water, the air, or making more food to eat, but one day there will be. When money comes into the equation, smart entrepreneurs will be there to fix the problems and solve the problems that society wants solved.

The greatest inventions are created out of necessity, not out of wishes.

Henry Ford’s wife had an electric car during his lifetime but there was no reason to proliferate electric cars, fossil fuels were cheap. This is all changing right now as fossil fuels become more expensive and more regulated.

The oil sands in Northern Alberta Canada were “impossible” to extract oil from because they were too expensive to separate oil from the sand. Now with oil going to $40, $60 and historically over $100 a barrel entire cities are built where there was nothing because necessity became the mother of all invention.

As human beings, we only do what is necessary and we only invent things that we need when we need them.

The question is, what is something in your life that you desperately need that others may want that could be the next big invention?

The answers you find may surprise you.