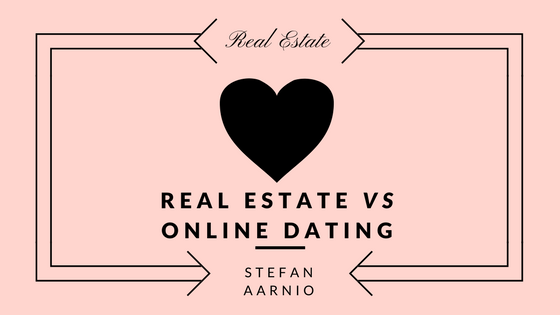 How Purchasing Real Estate at 40 to 60 cents on the dollar and online dating are the same thing.

The truth is, people sell their homes for less all over the country every day in every market, but typically those homes do not trade on the open public market. They trade quietly in back rooms, lawyer offices, through handshake deals and mostly on the inside.

The best deals that trade at 40-60 cents on the dollar, the “death” house, the divorce houses, the downsizing houses never see the light of day. By the time a publicly traded MLS (multiple listing service) deal hits the public market at least 9 sets of eyeballs have already seen the deal, and the best deals get cherry-picked.

No matter how many times I explain this, people still have a hard time understanding.

So, let’s talk about dating instead which everyone understands very easily.

Instead of asking “how can I find a deal at 40 to 60 cents on the dollar?” Perhaps you are a young man and you want to know “how can I date a beautiful, smart and attractive woman?”

The same economics and market apply to buying real estate at a discount as trying to date an attractive woman in that:

If you want to date an attractive woman you must usually find her privately, through a network connection and quietly make a deal.

What so many men will try to do when finding a woman to date is go online to dating sites like Tinder, Plenty Of Fish, Bumble, or Hinge, the MLS of women.

The men and women who are on dating sites are usually the leftovers, people who did not get cherry picked by a friend or set up on a date. These people are not the smoking hot deal at 40-60 cents on the dollar, they are indeed the leftovers that actually hit the market. Are there deals on dating sites? Are there really great people to date there? Yes, but the economics is the same as real estate on the MLS system – the odds are 100:1.

One out of 100, that is how MLS works. It’s the same with online dating. If a really great, smart and attractive woman appears on an online dating site she inundated with offers, snatched up immediately or is lying low as a diamond in the rough and you have to sift through 100 non-deals to find a deal.

This idea of finding value is simple, but it’s not easy especially in a competitive market like real estate or dating.

Warren Buffet, world’s richest investor would say “it’s better to buy a great asset at a fair price than a fair asset at a great price”.

Warren Buffet finds value, he finds stocks and companies he would love to own, and then he waits for a catastrophe to happen so he can make the acquisition at the right price.

In dating terms, he picks out the girl he wants to date and waits for her to break up with her boyfriend.

The prom queen, when she’s on stage looks stunning, she looks beautiful, she has the most amazing and gorgeous gown on, her hair looks amazing, her makeup is perfect and everyone has their eyes glued to her. Her value is overinflated when she is on stage wearing her sash, but catch her two weeks later when she is wearing sweat pants, crying alone under the football bleachers, and her makeup is running down her face, her value has dropped due to a temporary catastrophe.

She still is great, but temporarily messed up and that’s when Warren Buffet makes his move and asks her out.

It would be insane to ask the prom queen to date you when she’s on stage, everybody wants to date her when she is under the spotlight. Only when she is alone and crying in a dark moment would it make sense to make her an offer. This is how Warren Buffet thinks about value and you should too.

No one ever just gives up their equity on their property and it’s never easy to acquire equity. If it were easy, everyone would be rich.

Sadly, this isn’t the case.

Online dating, the MLS can be a source of value, but you will be competing and thrashing around in the blood of a red ocean to find value.

In the book “the blue ocean strategy” there are two oceans where you can swim. One is the red ocean that is filled with the blood of competitors thrashing around and fighting for a spot in the red ocean and the other is the blue ocean, a clean, clear, blue ocean where there is no competition.

The MLS, online dating, and anywhere where there are a million eyeballs on one piece of value is a red ocean, the competition is fierce and nothing is stopping your competition from entering. Dating and real estate are both highly competitive arenas where literally anyone can compete.

When you find a way to enter into the blue ocean, that is where you can truly win because there are not a million competitors all vying for one piece of value, instead you can finally swim in the clean, clear, blue water and find the value you are looking for.

So, do you abandon the red ocean all together?

The answer is no! Keep swimming in both oceans.

In my real estate acquisition team, we play both sides of the fence – private and public.

At the end of the day you can get a date anywhere and value can be found anywhere, you just have to look in the right way to find the value.

Good luck in the marketplace!