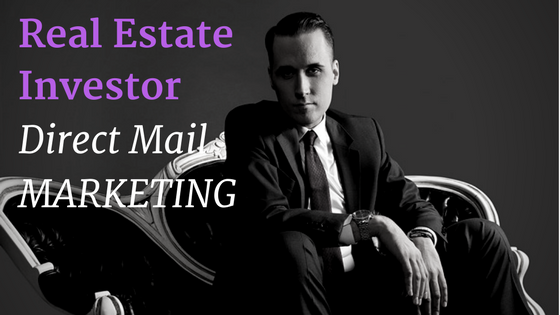 stefan aarnio: No? Bryce, is he upstairs, Tara?

stefan aarnio: Okay. I’ll go see if he’s in the kitchen. We’ll go see if we can get Bryce to show us some direct mail. Hey, Andrew. Is Bryce up here?

stefan aarnio: Where is he?

stefan aarnio: Hey, man. I want to borrow you for a video. Come on in. This is Bryce. He’s the head coach. He’s also … Come out here.

stefan aarnio: … acquisitions guy running the business here. We’re doing about a deal a week, and Bryce is the guy who does a lot of that. Let’s go talk about direct mail.

Bryce: Okay. Let’s do that.

stefan aarnio: Nice. That’s going to be money. Okay. We got a whole acquisitions team. I do some acquisitions sometimes still. I close deal. Bryce, he’s closing deals. We’ve got [Arle 00:01:53], my dad, upstairs. He’s doing deals. Two weeks ago, he did two deals in one week. And we’re always recruiting. If you want to be acquiring deals, come talk to us. What up, girl?

stefan aarnio: Yeah. I was going to say, you know, it was on the list. It said how to do direct mail. Somebody wanted to know that. So, Bryce, I mean, why don’t you walk us through direct mail? You’re not mic’d up. Can you guys hear him?

Bryce: You can probably hear me all right.

Bryce: [inaudible 00:02:25] mic. I’ll talk a little louder. Direct mail, the first thing you’ve got to do is you got to identify what area you’re going to be mailing. That’s kind of a driving for dollars things, if you want to Google that. Driving for dollars to find your list. Then the next thing you got to do is you got to learn how to do a mail merge to get … You don’t want to be writing these things one at a time.

stefan aarnio: Oh, shit. We got coffee. Is this coffee? What is this brown shit?

Bryce: Don’t worry about it.

stefan aarnio: Oh. Is that from your dog, Tara?

stefan aarnio: Am I stepping in dog shit right now?

stefan aarnio: Get this … Tara, does your dog have diarrhea?

Bryce: What was she eating, Tara? What do you feed this dog?

stefan aarnio: Look at this girl’s face. Look at her face. Am I stepping in dog shit?

stefan aarnio: I was just going to say, isn’t it nice we have a pets policy in the office? Do we got to put a diaper on this dog? Oh, fuck.

Tara: No. She’s not feeling good.

stefan aarnio: Here’s the dog. You can get the dog in the video. Dog’s got diarrhea.

Bryce: If you’re lucky, it’s only-

stefan aarnio: Look, man. I thought it was coffee. I thought Bryce spilled his coffee, but he didn’t spill.

stefan aarnio: Okay. Getting back to this. I got to change my socks now.

Bryce: Yeah. Maybe. The first thing you get, you get your list. You figure out what your area. I usually define them by the zone that you’re working in, so a city will have an MLS zone or region. You go and get all the things. That’s driving for dollars, but then what you want to do is use mail merge, because you don’t want to be writing these all by hand.

Bryce: Then you got a generic list of whatever you’re working on for your … Let me just minimize this. So, you’re going to end up with a large list of just addresses and things like that. Most of this letter is form letter. It’s kind of like a university can send out 10,000 letters to, “Dear, you got accepted. Dear, Bryce,” or whatever. So, then the mail merge fills in the important stuff, like you could have their name and their address. Then it personalizes, instead of just having a generic form letter.

stefan aarnio: Okay. Bryce, let’s talk about why is this more powerful with …? You know, it says, “Hey. It’s Larry,” and you just got the address.

stefan aarnio: You don’t have their name on this one.

stefan aarnio: This is more powerful than just sending an unnamed letter. Why?

Bryce: It’s a human nature piece. People immediately, without the name or their address even, they’re just like, “Oh. This is just like a, ‘Dear, homeowner,’ [Shaw 00:05:10] will send you, ‘Buy cable services. Dear, homeowner.'” Well, in this one, what I’ve done is I actually have their address in it, so that’s not too difficult. In other versions, we’ll go to the city and get the actual person’s name, and then we’ll put that also.

Bryce: Then we’ll also put that on the front.

Tara: Don’t put this on the internet, please.

stefan aarnio: No. This is like edutainment, Tara. Educating.

Tara: Day in the life.

Bryce: Bring your dog to work day, that’s what you get.

Bryce: Tyler’s going to be excited.

stefan aarnio: I thought someone dropped their dessert.

stefan aarnio: Don’t put it in your mouth.

Bryce: The next thing is you generally want to try to get a name on the label. I just put, “From, Larry,” onto the label, so it’s going to be like a love letter or something. I don’t know if it’s going to work. We’ll see. But when you fold it up and put it together, you end up with something like this. It needs the sticker still, I mean, the stamp to mail it. But you’ve got the mail merge again, similar to doing labels that you would do for whatever you were mailing out a bunch, and it’ll generate all of them for you.

Speaker 6: WHat’d you feed that dog?

Speaker 6: Soup? Well, lets see. I think I can see what he was eating.

Bryce: Another thing I like to do is I like … They’re all just taking pictures of the floor. All right. Up here, guys. I know this is entertaining.

Bryce: A little something on there to break the mail. The size of the letter matters, because you get a lot of mail that’s of a regular letter size, so you want to use something that’s not the same size as everyone else, and a little stamp on there, a little sticker to kind of make it stand out when it’s in the mail pile, because it’s from Dan Kennedy. It’s about gatekeepers. So, when you get your mail, who gets your mail? Probably your wife. If it’s not good enough to make it past her, you’re never going to see it.

stefan aarnio: Yeah. This is like maybe a penny for one of these. How much do these smilies cost?

stefan aarnio: Yeah. Some amount of pennies for one of these, and that’s going to get your mail piece actually opened, which brings your response rate up. What kind of response are you expecting from a piece like this, Bryce?

Bryce: Generally, it’s going to be between 5 and 10%. This is a different type of letter. I adjusted the copy a touch, but you can go to YellowLetters.com and pull up any number of templates.

stefan aarnio: A couple different zones. Do you know the conversions in those zones right now, off the top of your head?

stefan aarnio: So, maybe 5%. I’ve seen some students do this and they get a 20% response. Some zones, like we did-

Bryce: You’ve got to be not in Winnipeg.

stefan aarnio: Here it was like a 1% response, because there’s so many guys hitting that zone, so it depends on what zone you’re hitting, and it depends on-

Bryce: How many players in your market.

stefan aarnio: How many players. Yeah.

Bryce: Because they’re going to use the same letter roughly. A lot of people do this. It’s very big in America, not so much in Canada, because of our privacy laws. It’s hard to get the names in most provinces.

stefan aarnio: Right. This information takes some grinding, takes some work. You go to the states, you can just buy a list. You just pay money or you buy software. A list is done.

Bryce: You can actually just check the boxes in the states, and they’ll do the mailing, the shipping, the letter, everything.

stefan aarnio: Yeah. It’s amazing. Up here, you got to do a bit more legwork, but that’s also good, because there’s less players playing, and the money’s yours. That’s direct mail, guys. I’m going to do some more videos with Coach Bryce, because he does this stuff every day, and it’s all for real. I’m Stefan Aarnio, and we’ll see you guys in the next video.