Why positivity matters with Ryan Serhant 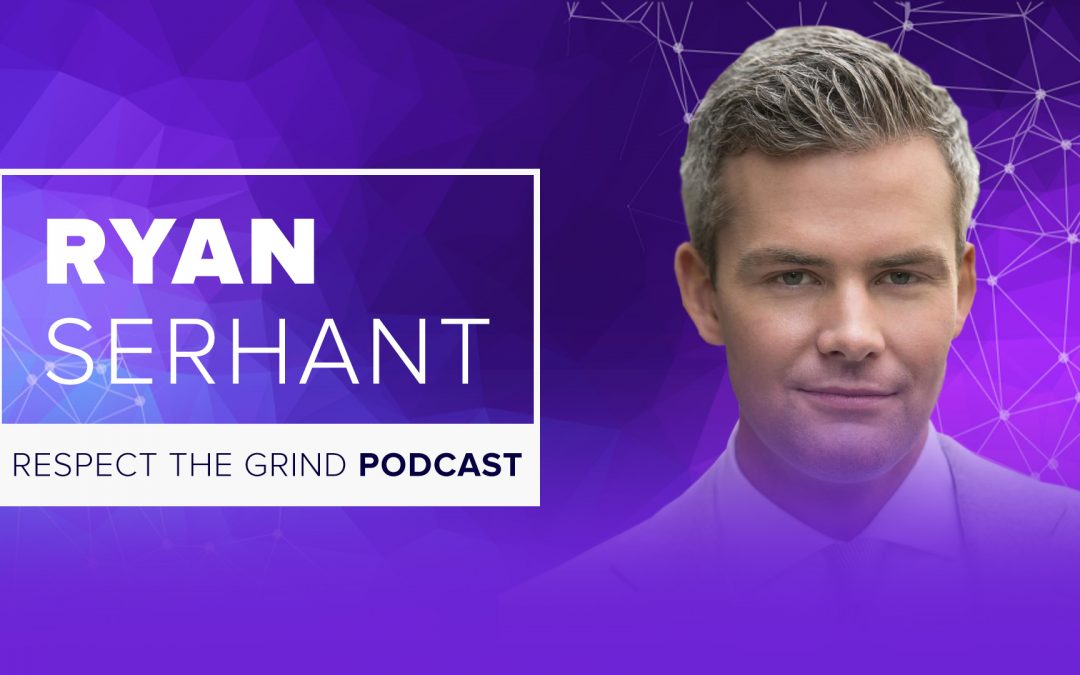 Ryan is an American real estate broker, bestselling author, producer, and star of Bravo’s two-time Emmy Nominated reality television series, Million Dollar Listing New York, and its spin-off, Sell It Like Serhant. Ryan is also the leading member of The Serhant Team—an NYC-based, bi-coastal real estate group that has consistently ranked as the #1 sales team in New York and among the top five teams nationwide.

The Serhant Team consists of more than 60 experienced agents and marketing support staff and has sold over $1.6B worth of real estate in the last two years alone. In 2017, Ryan’s team completed $838M in closed sales between Brooklyn and Manhattan—roughly $500M more than the #2 ranked team in New York. Ryan and his agents specialize in high-end residential condo and co-op sales and leasing, multi- and single-family homes, site acquisitions, and investment sales. The Serhant Team New Development group is also a prominent force in new construction sales, with more than $16B and 50 projects across Manhattan, Brooklyn, Long Island City, Miami, and Los Angeles to its name. Ryan counts some of the world’s most influential people as clients and has set price-per-square-foot records across the city.

The Serhant Team maintains a diverse inventory of exclusive listings and has built relationships with thousands of agents around the world. Combining these tools with an intimate knowledge of the market, Ryan and his team are able to accomplish their goal of matching the right buyer with the right seller with remarkable success—their lifetime list-to-sale ratio is 94.5%.

In 2018, Ryan started his own entertainment and media company, Serhant Media Group (SMG), as an in-house marketing arm to both his real estate and television endeavors. Their first project was the launch of Ryan’s VLOG on YouTube, which now has over 300,000 subscribers and has become an integral marketing tool for Ryan’s listings. Their most recent property tour was viewed almost 8M times. Named “the most influential broker in the world with the most exposure,” Ryan combines traditional market reach with a prolific social media presence that amounts to 2M followers across Instagram, Facebook and Twitter. He leverages both outlets to deliver unparalleled publicity and coverage for all of his clients.

In addition to being a reality television star and running his own team, Ryan has developed several smartphone apps and is a frequent guest on the real estate segments of 20/20, CNN, CNBC, The Today Show, The Insider, Bloomberg TV, and is often quoted in The New York Times, Wall Street Journal, and Wall Street Journal China. He is also an official contributor to Forbes, regularly writing columns on real estate, sales, and branding.

Ryan is an active supporter of nonprofit organizations including DKMS, Operation Smile, Save the Children, Make-A-Wish, The Human Rights Campaign, Ronald McDonald House, Habitat for Humanity, Pink Agenda and UNICEF, among others.

Ryan Serhant was born in Houston, Texas, grew up outside Boston, and graduated from Hamilton College in 2006 with degrees in English Literature and Theatre. He currently lives in New York City with his wife, Emilia, and their daughter, Zena.

Get Connected with Ryan: