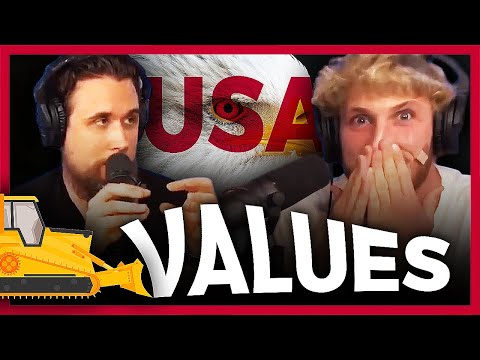 Logan Paul is a top and highly controversial YouTube personality.

He’s been known to perform outrageous stunts, speak with extreme candor, and he’s been embroiled in several controversies.

But many aren’t aware that he also hosts a weekly podcast aptly named, the “Impaulsive” podcast.

Stefan Aarnio, the man you know so well, was recently a guest on the Impaulsive podcast.

Stefan didn’t back down from any of the questions asked, and he answered their questions with the same candor and deliberate statement of fact that he speaks with at seminars, on his own podcast, and among friends.

A few of the statements brought forth by the real estate mogul are summarized below:

Women are happier living their purpose. Which is distinctly feminine. Women are hypergamous, which means they’d like to “marry up” in a sense. They’d like to find a man with higher status to settle down with.

When a woman is career-oriented, she is less likely to find a man with higher status, since she has become high status herself. This makes her unhappy. Coupled with the fact that she is a career-oriented woman fulfilling her masculine purpose. She will inevitably have to choose between her career and raising a family at some point (her feminine purpose). Most women will choose raising a family every time, but unfortunately, career-focused women do not always have the benefit of choice.

All of these factors play into the current unease found among western women, who are struggling to find a hypergamous relationship and fulfill their feminine purpose.

Another controversial subject brought to light by the author of five books includes his opinion that “Toxic Masculinity” doesn’t exist.

The Impaulsive show hosts were clearly shocked by some of the statements made by Stefan. While they agreed with few and disagreed with many. Stefan’s show of facts and well-defined arguments led to multiple concessions and newfound perspectives for the hosts and perhaps many of those watching.

To view the entertaining and enlightening podcast yourself, click the link below.